Why Athletes Need To Incorporate Yoga Into Their Work Outs 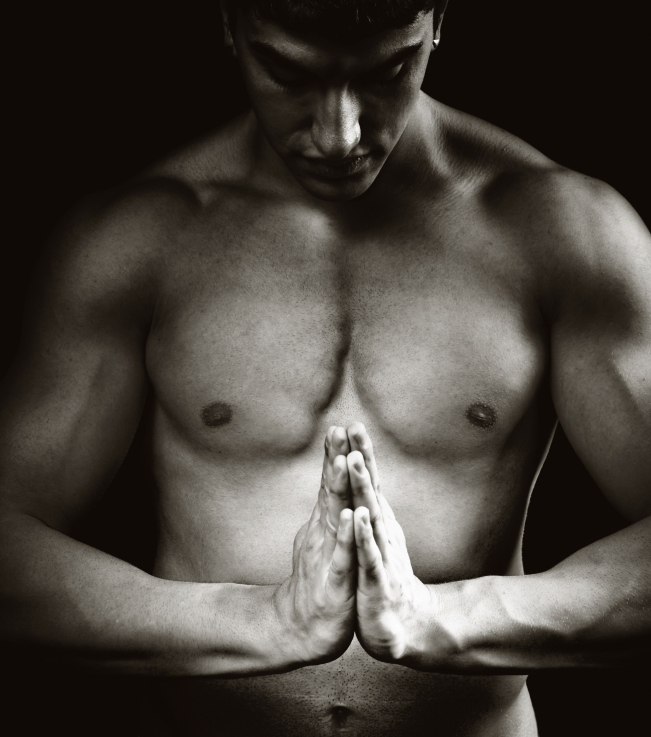 The high school I attended required every student to be involved in at least two extracurricular activities or sports a year. My senior year I decided to forego my usual choice of a competitive sports team and give a season with the personal trainer a try.

Very few students opted for this, which I never really understood. We got three months with a woman who’s only job was to formulate a specific work out individual to each of us and then force us to get into shape.

Anyways, every Wednesday my schedule had me attend a two-hour yoga session by myself. Which I loved, because on these days I didn’t have to go on an hour run or participate in the mandatory ab workout that we finished every session with and I got the full attention of the yoga instructor.

I was entering my third week of yoga when something interesting happened- over half of our football team joined me for my class. I suddenly was the only (very confused) female in a room of 25 men who looked very unhappy to be attending a yoga class.

After all of the boys filed in and grabbed yoga mats and sat down, the football coach walked to the front of the class and announced that from now until the end of the training season, the team would attend the two hour yoga class every Wednesday and if they continued to complain or question why, they could run laps during the duration of the yoga class instead.

They seemed very disgruntled with this and didn’t understand how yoga was going to help them win a football championship, but nonetheless, nobody chose to run. I was annoyed because I didn’t understand why I had to now share my class with 20+ people who weren’t going to take it seriously.

The next two and a half months proved to be eye opening for us all. Aside from some hilarious classes (have you ever seen a yoga newbie 6’4 burly man attempt the tree pose?) the experience was actually really beneficial for everyone involved.

My confidence boosted by being one of the only people who could actually master the poses, and that helped to encourage me to push my yoga practice further and try more advanced and physically challenging poses. (I guess I could also add that I learned a valuable lesson about judging people and their yoga practices before giving them a chance.)

After the first few poses, any guy who had been thinking that they didn’t need to waste their time with yoga was immediately regretting boasting about how easy yoga would be.

They were sweating just as much as I was, and were frustrated by their inability to hold poses or properly execute them. Soon, their attitudes about being too good for yoga disappeared and they began to take class seriously.

All of us noticed a steady change in ourselves, physically and mentally.  We began to be able to stretch our bodies further than we had the previous weeks, could calmy hold difficult positions without wobbling or getting frustrated and mastered moves that had before been daunting to us.

On our final day of yoga together, the football coach joined us again. He explained that he had been so adamant about this players doing yoga once a week because of the immense benefits it has, even (and especially) for athletes who play intense contact sports.

Yoga helps to enhance your performance by preventing injury, increases your flexibility and core stabilization, strengthens your body, mind and helps you enhance and control your balance.

He went on to say that when playing football, you need to be able to be quick and light on your feet, easily run and duck out of an opponent’s way and catch the ball at sometimes very awkward angles. By practicing yoga, his players were helping to transform their bodies to be able to quickly and naturally do this.

I found his coaching method very interesting and a great lesson for all athletes. Don't be quick to assume that just because you play a high intensity sport, yoga isn't going to be helpful for you or something you wouldn't want to participate in.

More Reasons For Athletes To Practice Yoga:
As the football coach explained to us during our last yoga class, yoga is great for improving strength, balance, flexibility and mental strength. Your muscles become more lean, and any muscle that has been under-developed now has a chance to be utilized and strengthened. This helps to create a more balanced and functional overall strength throughout your body (which also helps to prevent injury!) 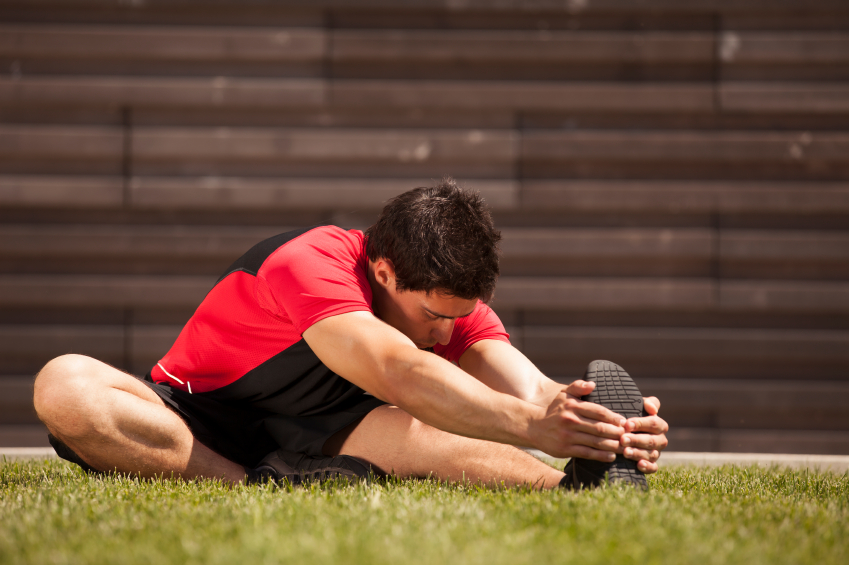 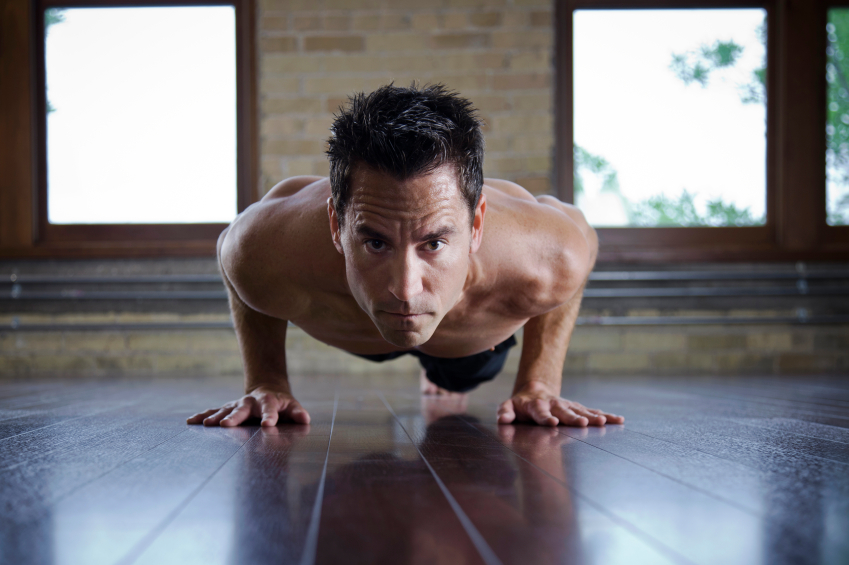 If your body is tense you aren't allowing yourself to reach your full potential. Yoga helps to increase flexibility in your joints and muscles, directly impacting your performance when in motion. Flexibility also helps towards decreasing your chances of an injury because when your limbs, joints and muscles are more nimble the less likely you are to strain and hurt them. 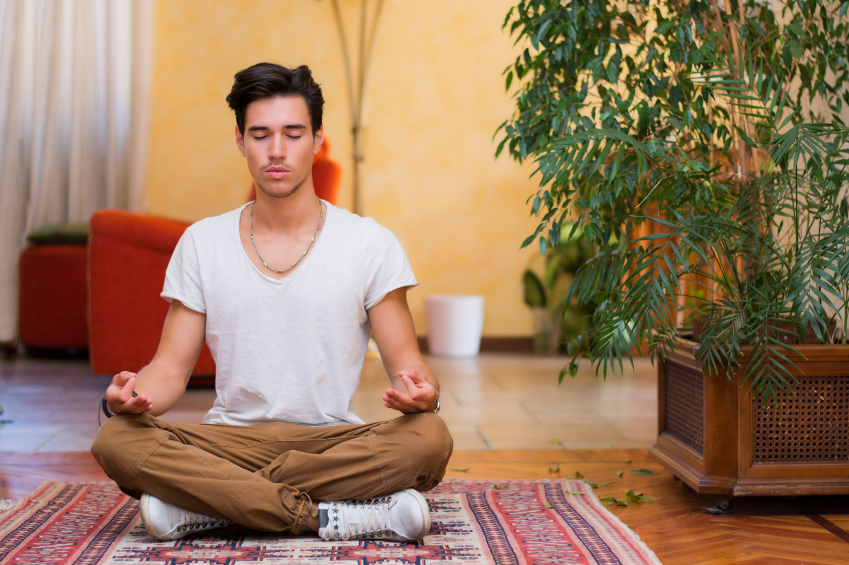 When engaged in an intense work-out or competitive game, your mentality is key. Staying positive, confident and focused on the goal at hand is one of the most important factors towards succeeding in a sport. Yoga doesn't just strengthen your body- it strengthens your mind. Yoga helps you to balance your energy and thoughts, allowing you to remain centered when you need to most.

While researching this idea, I was happy to discover that professional sports teams have had the same idea. Teams like the NY Giants and Philadelphia Eagles incorporate yoga moves into their rigorous training regimens.

Notorious athletes like Shaquille O'Neal, LeBron James and Ray Lewis all included yoga into their fitness programs. The entire New Zealand 'All Blacks' rugby team hired a yoga instructor after they failed to perform during a big game moment (sign me up for that yoga class, please.)