Should Inmates Be Allowed To Practice Yoga? 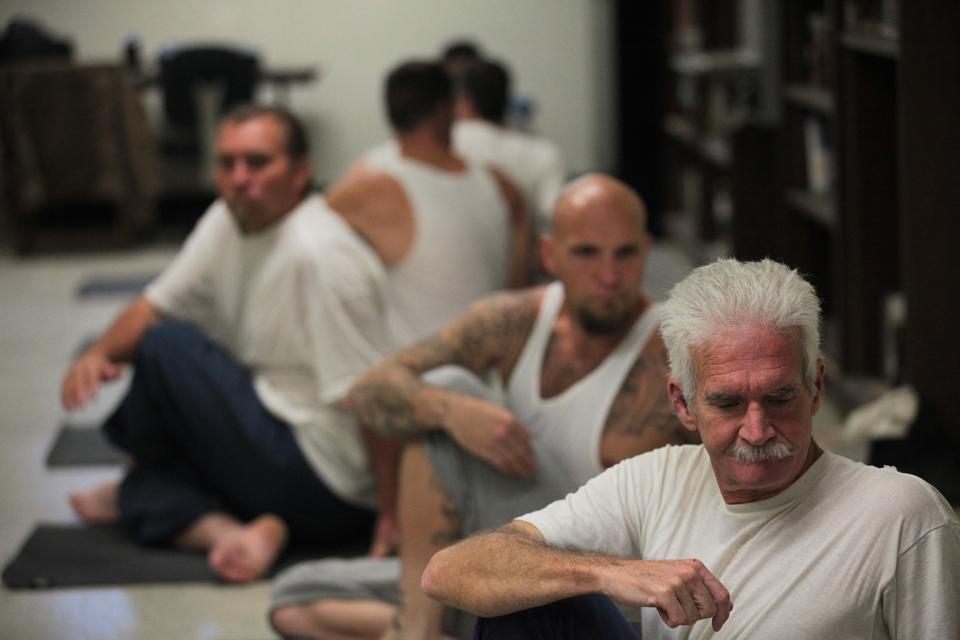 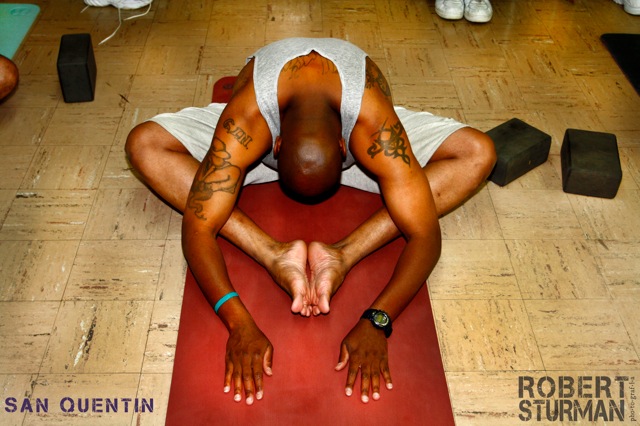 Should Prisoners Be Allowed To Practice Yoga? It’s an interesting subject, one you might not have even thought of before. For others, it's a topic that has been widely debated for a number of years.
Upon first contact with the title, I had zero preconceived opinions formed.

‘Why do people care one way or the other? It doesn’t affect us,’ might have actually come into my mind. Then I began to hear both sides of the argument, and I quickly began to understand the reason for the heavy debate.

The first was an opinion that was anti-yoga programs being offered in jails.

Their reasoning being that prisoners are in jail because they’ve committed a crime, and who cares if jail is miserable for them? It should be. They’re paying their dues, and taxpayers shouldn’t have to give their money for prison to be more comfortable for the people held within it’s walls.

Nodding slowly, I processed their opinion. ‘Ok, I get it. Makes sense, yoga programs do seem like an undeserved luxury,’ my thoughts mused.

Then, I listened to the opinions of somebody who was pro-yoga programs being offered in jails.

Their reasoning being that just because somebody has committed a crime and is in jail doesn’t mean that that person is evil, or can’t change. If yoga can help stimulate a positive mental change in a human and make them a better person, wouldn’t we want to encourage that? Send them to jail to actually learn a lesson and change for the better- not stifle more hate for this world and in turn produce more of it. Besides, most large nation-wide yoga programs aren’t government funded- meaning neither taxpayers nor their money have involvement.

I found myself nodding slowly once again, mulling over both opinions I had just heard. Suddenly I found that my thoughts weren’t entirely sure whom to side with- I was intrigued by both.

Following my first thought of, ‘why would I care one way or the other if it doesn’t affect me?’ I began Googling.

I quickly realized that this topic most definitely does affect me. The US has the largest prison population in the world and according to the US Department of Justice, more than 650,000 ex-prisoners are released from prison each year.

Personally, I choose the former. 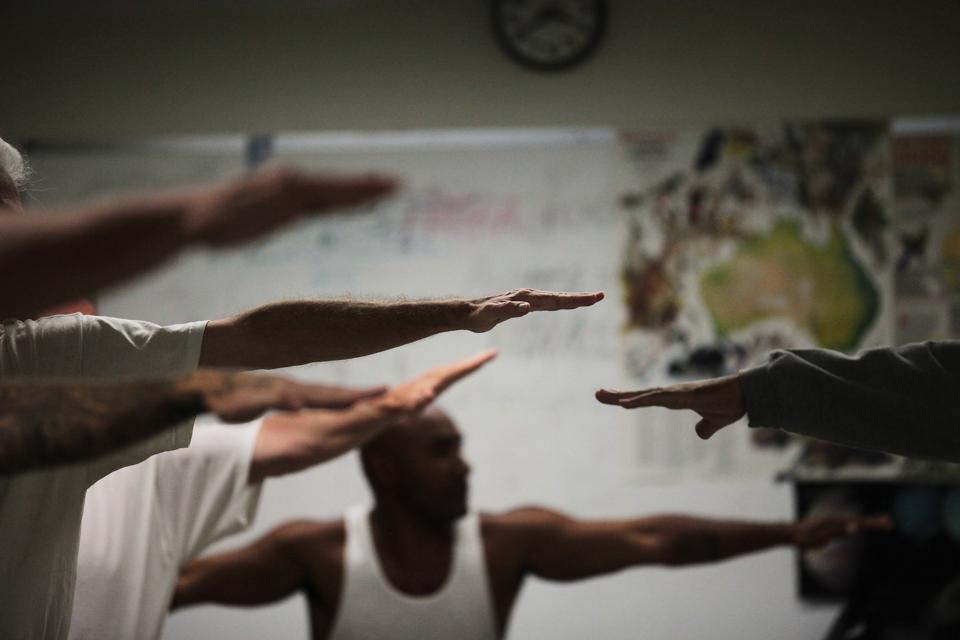 Many believe if you've committed a heinous crime, you should be punished- not rewarded. Yoga programs are argued as being an 'undeserved benefit,' -a reward for those who have harmed others.

However, according to 'The Sentencing Project, The Federal Prison Population: A Statistical Analysis,' 72.1% of prison populations are non-violent offenders with no history of violence.

Regardless of your opinion on the subject, I think everyone would agree that in life, mistakes happen. Would a minimum time sentence in jail for a minor crime be served better as a time to reflect on your past, leading you to make improvements to better yourself and life?

Prison Yoga Project thinks so. Which is why they've made it their mission to train teachers and develop yoga programs in jails all across the country.

As stated in their 'Why We Teach Yoga and Mindfulness' bio:

"Most prisoners suffer from Complex Trauma, chronic interpersonal trauma experienced early in life such as abandonment, hunger, homelessness, domestic violence, sexual abuse, bullying, discrimination, drug and alcohol abuse, and witnessing crime – including murder. We call this “original pain.” These experiences, imprinted by the terrifying emotions that accompany them, are held deeply in the mind, and perhaps more importantly, in the body, with the dissociative effects of impulsive/reactive behavior, and tendencies toward drug and alcohol addiction as well as violence. Carrying unresolved trauma into their lives impacts everything they do, often landing them in prison, where they experience even more trauma."

In hopes of avoiding more trauma in prison, PYP (prison yoga project) aims to turn the experience into a positive, helping inmates to overcome the unresolved trauma they've experienced in their lifetimes.

The goal? By giving inmates a positive experience and place where they can connect their heart, bodies and minds, they finally have a chance to heal themselves and behavior.

As quoted from James Fox, the founder and director of PYP,

"Our objective is to provide prisoners with a mindfulness tool to draw on their yoga practice when they’re not doing yoga. If they’re tangled in a confrontation on the yard, or upon release, or tempted to go back to using, they can draw on what they have learned from yoga for practical solutions. They can do it without actually having to do a yoga pose to get the value. That’s the transformational, rehabilitative value of yoga."

Skeptical that yoga has the power to mentally transform an inmate?

Yoga has become of the focus of many studies lately to determine the mental healing capabilities vs. prescription drugs, and has even been incorporated in psychotherapy treatments for patients in recovery for PTSD, anxiety and mental illness.

Prison Yoga Project believes that yoga will be just as effective for helping prisoners recover mentally from the trauma they experienced prior to incarceration. 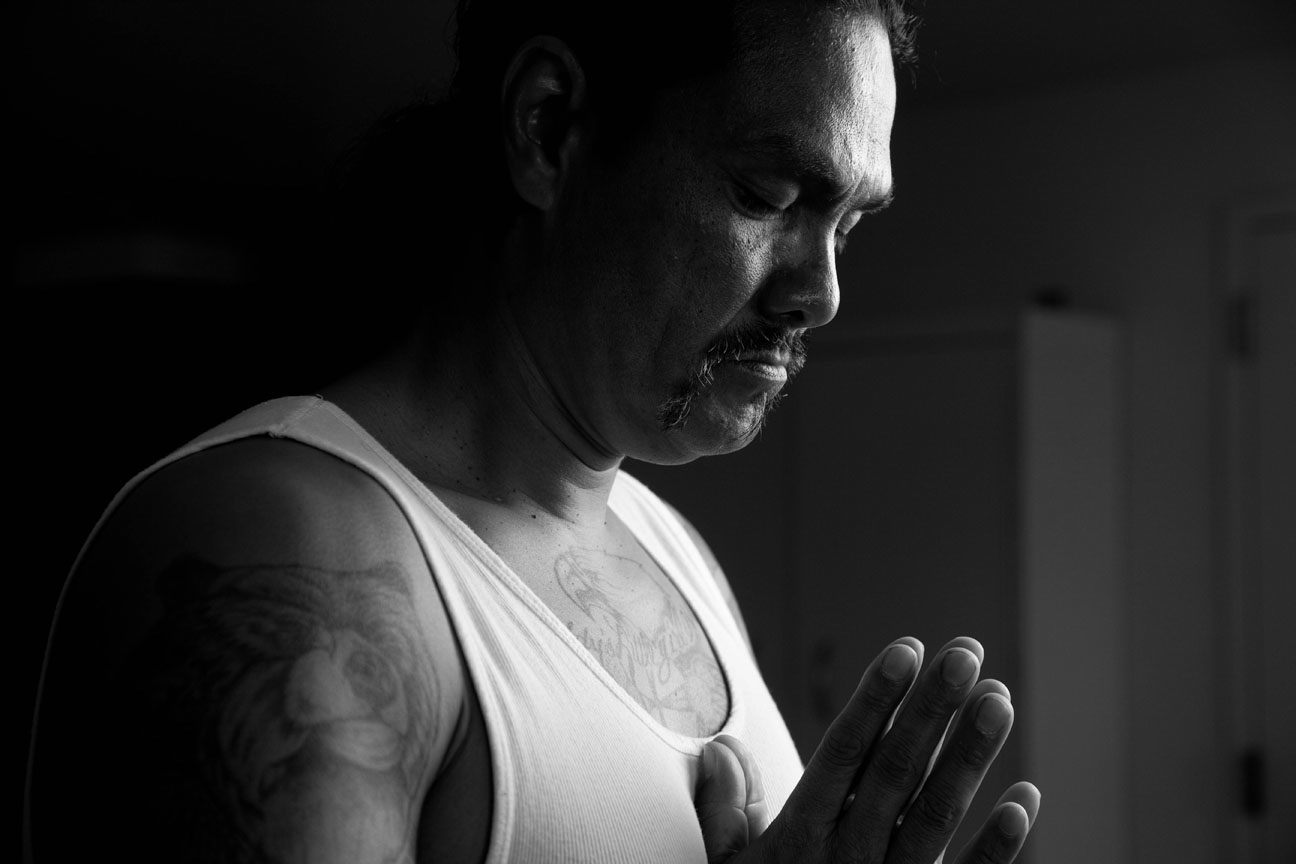 Overwhelmingly positive. Below are excerpts from blogs that inmates have written, found on the PYP website:

"Yoga and its emphasis on the power of a single breath promote a respect for life and a profound realization of the destructive force of violence. I have grown to understand that I extinguished the breath of another human being forever and denied him innumerable moments of peace, joy and being."

"With the barrage of negativity in prisons, they are unyielding breeding grounds for intense suffering, chaos, noise, overcrowding, violence, ineffective medical care and poor food. But occasionally, every so often, friendship, kindness, compassion and programs of meaningful substance come along. The Yoga program is a life-sustaining and meaningful one that I nurture and value because it is not only positive, it supports my growth and success as a young man. Yoga helps me navigate my life as a good and successful person. This practice is life-changing and will continue to enhance my life."

"I used drugs and alcohol for many years, basically to kill the pain of life, therefore I never grew emotionally. Taking Yoga has cleared my mind and taken me back to those events/situations that I forgot about which were very painful. Now that I’ve remembered the past, I’ve been able to deal with it and move into the present and just love myself and who I am."

"Through the wise and masterful instruction of James Fox, a Yoga instructor at San Quentin, I have begun to learn about the power of the breath of life. It is in stillness that we begin to realize the things that are important and those things that really do not matter ... Yoga and its emphasis on the power of a single breath promote a respect for life and a profound realization of the destructive force of violence. I have grown to understand that I extinguished the breath of another human being forever and denied him innumerable moments of peace, joy and being."

Whether you agree or disagree, the personal statements speak for themselves. The actions of the prisoners can't be un-done, but the personal growth and positive influence that yoga has on the minds of these inmates is eye-opening.

To quote George Bush from his (2004) State Of The Union Address:

“This year, some 600,000 inmates will be released from prison back into society. We know from long experience that if they can’t find work, or a home, or help, they are much more likely to commit more crimes and return to prison…. America is the land of the second chance, and when the gates of the prison open, the path ahead should lead to a better life.

Approximately two-thirds of the 650,000 inmates released will be re-arrested within three years (the numbers have gone up 50,000 since 2004.) If yoga can help cause a positive change with an inmate and potentially give them the newfound inspiration to seek more out of life, that alone should be enough of a reason to implement the programs and hopefully lower the amount of incarcerated Americans.

What is your opinion? Do you think the US should begin making it mandatory that prisons implement yoga programs, or do you think it's an unfair luxury for people who have committed crimes? Leave your ideas in the comment section!

**All photos were taken directly from Prison Yoga Project website. To learn more, or to find out how you can get involved, go to http://prisonyoga.org