Is Coffee Causing Your Anxiety? 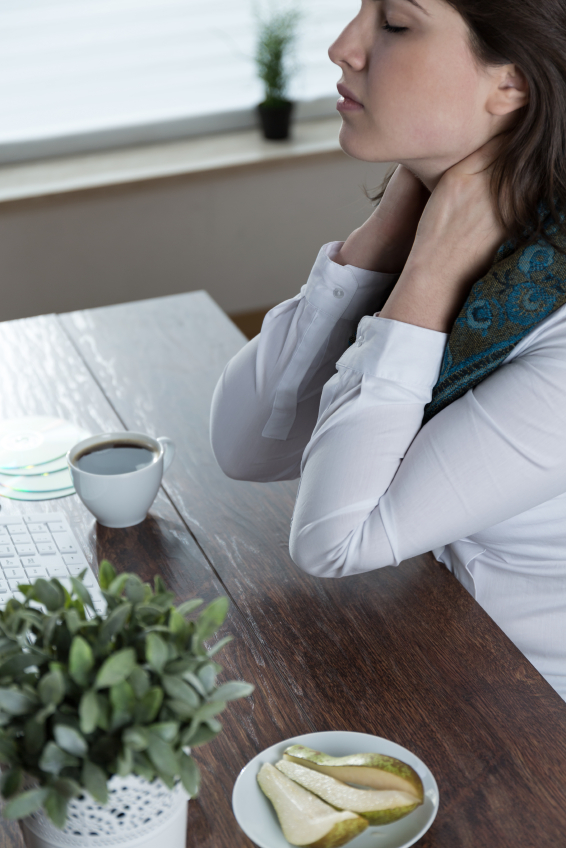 I’ve never been a huge coffee drinker. My first two years at college I lived in a dorm room and didn’t feel the need to invest in a coffee maker- I hardly ever indulged in a cup unless I was embarking on a shopping trip or a marathon study session and needed Starbucks re-enforcements to keep me going.

It wasn’t until I moved into my own apartment and began my upperclassmen courses that I began to realize that drinking coffee wasn’t just the norm among college students; it somewhat of a necessary ritual.

I began a seminar PR class, and I saw the same scene every morning as I entered into the classroom: 16 other students, clean-cut, glasses on, pens ready, planners aligned perfected alongside their open laptops and a cup of coffee strategically placed next to their keyboards.

As I took my seat at the round-table discussion I watched throughout the class as individual students -bubbling with energy- typed like machines on their laptops, ferociously taking notes, answering any questions the professor asked within a moments notice, scribbling in their planners and every few minutes or so picking up their to-go cups and slurping down their coffees like it was the magical elixir to life and the key to succeeding above the rest in the world of PR. 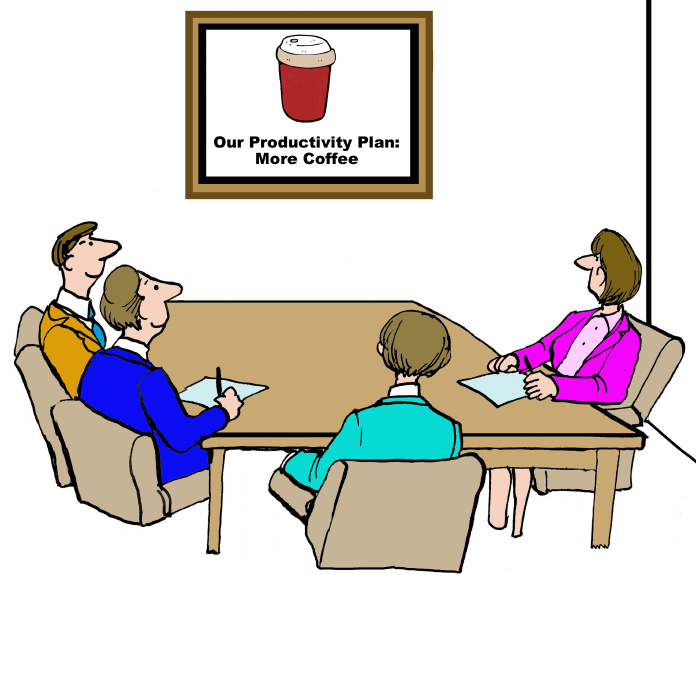 I wanted the elixir, too. With every sip these 20-somethings took it seemed as though they were discovering a hidden competitive edge that the rest of us non-avid coffee drinkers had yet to uncover.

And so I began to incorporate coffee into my daily routine. I would wake up around 7:30am and head downstairs to the magical Keurig machine where I sleepily awaited for it to finish brewing a cup of coffee. I would then take it back upstairs with me, get ready, drink it, eat breakfast, drink it and before I headed out the door to that same seminar class I would brew a second cup, take it to-go and be on my way.

Then something interesting started happening. I began noticing that sporadically throughout the day I would feel really uncertain and uneasy- almost like I'd done something I was guilty of, except I had no idea what.

The feeling would situate itself in the lower half of my stomach and I would spend the day unable to shake the uncomfortable feeling. I'd never experienced it before, and it began to cause a fair amount of stress for myself. I felt nervous for assignments that weren't due for weeks, worried about missing deadlines, would constantly take numerous deep breaths to try and calm my body down- I was making myself sick to my stomach and I blamed it on the overwhelming feeling I was experiencing.

After doing some research on my symptoms, only one word kept repeatedly popping up that matched every description I had been giving: anxiety. This was the overwhelming feeling that I was more than likely experiencing, the feeling that had unexpectedly intruded into my life.

After researching more about anxiety and what might suddenly bring it on, I began to slowly put the pieces of my diagnosis together. Coffee was [likely] my main culprit. 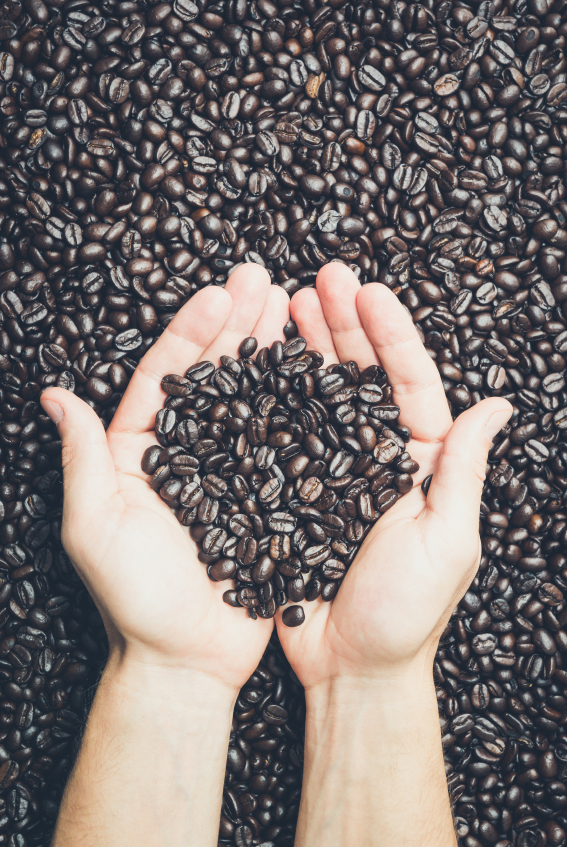 All you coffee lovers, hear me out. This is not to say that coffee itself is the problem, more so the amount of caffeine that a cup of joe contains.
"Caffeine is the most widely used mood-altering drug in the world," says Roland Griffiths, PhD, a professor in the departments of psychiatry and neuroscience at the Johns Hopkins University School of Medicine. "People often see coffee, tea, and soft drinks simply as beverages rather than vehicles for a psychoactive drug. But caffeine can exacerbate anxiety and panic disorders."
As of 2014, 87% of Americans consume at least one cup of coffee a day. Americans also have a higher chance of suffering from panic and other anxiety disorders in their lifetime than any other mental disorder- these two have become the most common mental illnesses in the United States. Could their be a direct correlation between the two?
What makes some of us feel panic while others feel pleasantly alert? Susceptible people experience caffeine's effects as signs of impending doom. Once that happens, anxiety can take on a life of its own, as in my case where I began to experience feelings of guilt, uneasiness and dread.
How do you know if you're simply experiencing a caffeine rush or perhaps something a little more serious? Pay attention to when you drink your coffee, what you do afterward and how you feel during it.
Someone who drinks coffee at breakfast and then hops on the freeway to work, for example, may attribute feelings of panic to rush-hour traffic rather than to caffeine and won't notice the caffeine is having negative effects on them.
Without the caffeine in your system, you may have a completely different reaction (more calming, more rational, less stressed) to being stuck in traffic. 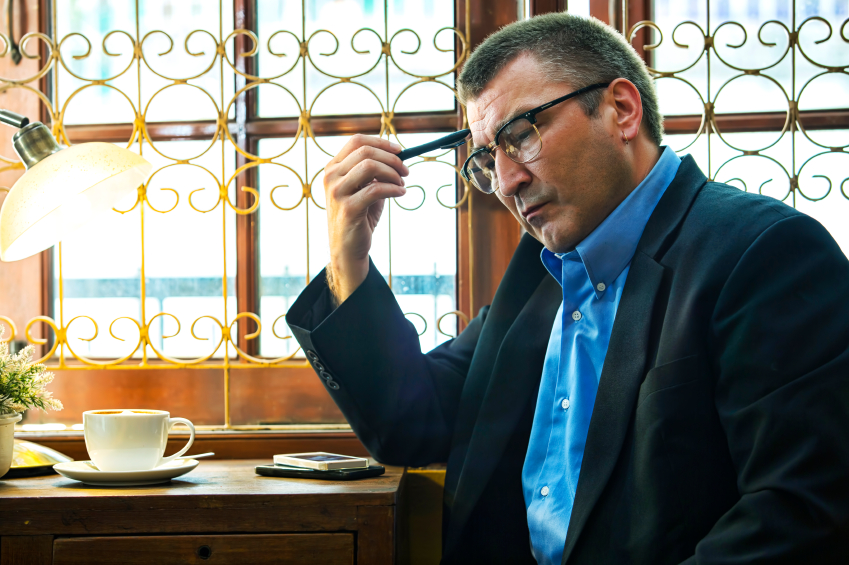 Not entirely convinced? In a blog found on Psychology Today, Jennifer Garam writes a guest entry about her experiences with coffee and anxiety. As a former die-hard coffee lover, she describes beginning to feel similar symptoms to what I experienced,
"...constant stream of worried thoughts, incessantly accompanied by the tightness of anxiety wrapping itself around my chest and twisting my stomach into knots."
Garam depicts her trials and tribulations with giving up coffee- at first she experienced immediate results, but eventually her anxiety returned. However, without the influence of coffee, her anxious feelings stopped completely consuming her and were more manageable. Progress. If you're curious to check out her blog, here's the link:
https://www.psychologytoday.com/blog/progress-not-perfection/201106/i-quit-coffee-cure-my-anxiety
What do you think- could caffeine be related to stress and anxiety, have you ever experienced this first hand?
Previous Post
Next Post