I Spent my College Spring Break Recovering From Eating Disorders 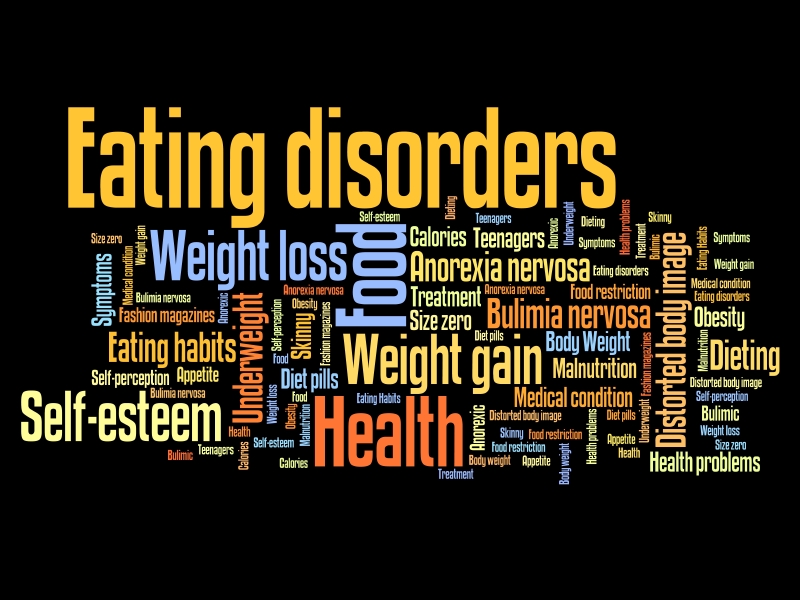 It was the week of midterms. I was sitting in one of Virginia Tech’s many dining halls, surrounded by tables full of boisterous talk and platefuls of food. In just two days everyone would be free to engage in a week of spring break debauchery.

In general fashion, I couldn’t tell what most of the food was, but the others students seemed to be enjoying it well enough.

I chewed fiercely on a piece of gum, anxious due to the crowd and food that surrounded me.

I was at war with myself back then. Despite the warm weather that was making an appearance in Blacksburg, I was still wearing my trusty VT hoodie to hide the scars from last week’s run-in with destruction.

Shadows inked their circles beneath my eyes, but because it was midterm time—no one considered that exhaustion came from inadequate nutrition instead of sleep deprivation.

While some students were venturing to the Bahamas or Key West the following week, I was going to spend my spring break battling eating disorders at home.

My headphones were in, I tried my best to look confident and official, as if I was working on an intense, skillfully crafted essay for an equally intense class—not journaling about eating disorders (sigh…). The truth was, all of my homework and studying was done and none of it included anything remotely important. And I was terribly insecure. For someone who defines herself by what she produces in life, I was left only with a feeling of emptiness—both at the table that surrounded me and my stomach.

The few people privy to the information that I had relapsed, or even that I had eating disorders in the first place, all asked me slightly varying questions as to why I allowed bulimia and anorexia back in my life… I was not able to give a clear answer.

Relapse was not a conscious decision.

I did not wake up one morning and decide that I would jeopardize all I have worked so hard for. I would not choose that empty table, exhaustion, anxiety, and depression for myself intentionally… the truth was, I couldn’t help myself. If I had to choose happiness over starvation and purging I would choose happiness whole-heartedly. And slowly, that’s what I empowered myself to do.

The solution was not obvious. One would think that after having kicked bulimia and anorexia in the past that I would have the key to a speedy recovery… somewhere in the oversized hoodie that protected me.

Finding What Mattered Most…

Relapsing threatened to take everything away from me—the relationships I sabotaged by secrecy and isolation; my degrees, which started to lose focus; the assignments that were completed in a haze of food obsession and weakness; my dignity and sense of responsibility to myself. Even my ability to stay in school.

In order to recover, I had to decide to take the power away from my eating disorders and reposition them into the proper places.

I did not have the power to wake up the next morning and be “fine.” (If this were feasibly, I believe that treatment centers would go out of business…)

But I did have some power.

I had the considerable power to say that I was important, worthy, and talented.

When I was self-destructing, I spent most of my time with my headphones in, a pen in my hand writing about anything and everything that would take my mind off the demons that haunted me physically and mentally. I hoped that journaling would somehow remove the kaleidoscope from my eyes and let me see the beauty and promise that my future had in store for me.

So I decided to take my life back, however imperfect that process was going to be.

I had to do what it took to affirm the splendid truth that I was more than my relapse. I had to decide what mattered more—my education, my friendships, writing, sharing hope, the Hokie community, and contributing love to a world that so desperately needed it.

How to recover was a difficult matter.

It was not nearly as simple as “eating a sandwich.” Not only was the consumption itself overwhelming and anxiety-provoking, but the remedy was not about the food. The remedy was about reclaiming my worth and strength.

If I continued to think of myself as expendable, it would be justifiable that I would disappear. Recovery was a process. I had to examine my talents, passions, and goals— in order to produce positive arenas that supported them.

Claiming worth was also about embracing my limitations and knowing when to rest. It was seeing and believing how much better and how must more fulfilled life would be without bulimia and anorexia—I needed to strive to bridge that gap.

In the end, it took over eight months to relearn to eat properly, another half year to stop purging altogether, and then years of releasing guilt and anxiety with the help of intense psychotherapy. I’ve since returned to my original weight and believe that not only can eating disorders end, but that they quietly come with soul-inspiring life lessons.

So, here’s to our younger selves for walking through these lessons, and for our older selves who are strong enough to tell the story.